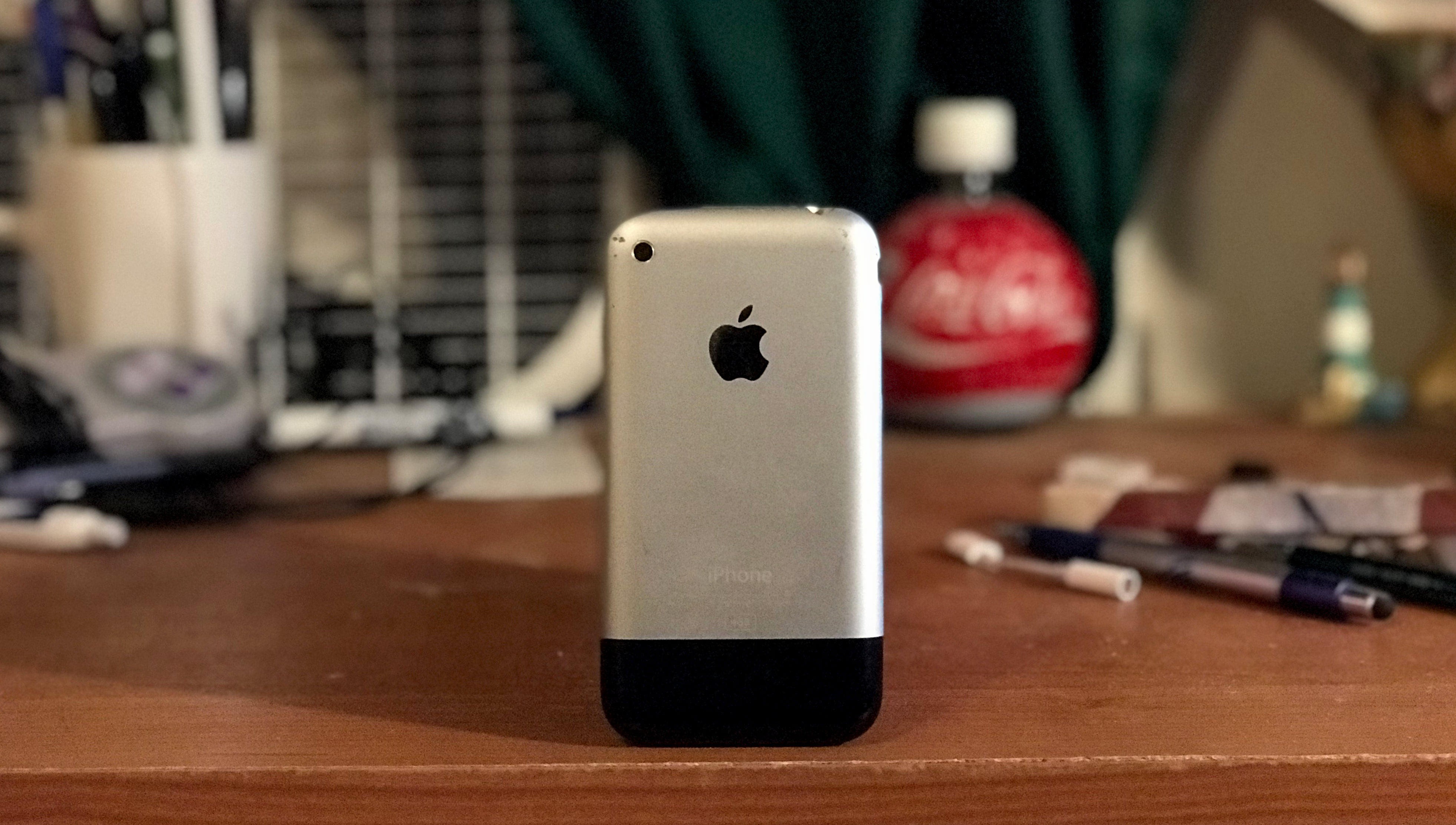 I’m not the first person to be writing an iPhone 10-year introspective today - a day later, and a dollar short. I absolutely won’t be the last, but I can’t stand to miss this chance to say a few words.

I wasn’t planning on buying an iPhone. Far from it - I wasn’t even sold on the benefit of smartphones yet. In January of 2007 I was dead set on getting what I viewed as the successor to my Motorola RAZR V3, the RAZR V3x. But by the time Steve Jobs ordered a thousand lattés with the prototype iPhone onstage (in what has to be my absolute favorite Stevenote moment), I was convinced.

I bought an original iPhone exactly a year from today, one day after its release. A friend of mine at the time bought it on day one, and to say I was excited to get my hands on one was an understatement of epic proportions. You have to understand, those days the simple thought of manipulating objects with multitouch on a touchscreen as gorgeous as Apple’s was unheard of. Pinch-to-zoom. Dragging your finger across the screen to scroll. Typing with your fingers. Swiping to advance to the next photo. All of these simple, natural gestures that we take for granted, these gestures that an entire generation are growing up with, seeing them as natural as the English language. These literally did not exist on June 28th, 2007, and then one day later, on June 29th, they did. Now virtually every smartphone in the world has these features.

The original iPhone was a lot of things. It was beautiful - one of the finest industrial designs to ever come out of Cupertino, period. It was comfortable in the hand, far more so than the big-screen smartphones we use today. It was also frustrating at times, with its limited feature set, and weak battery life.

I remember the day after buying mine I headed up to Maine for a family vacation, only to be gobsmacked to be nearly out of battery by 4PM or so, a far cry from my RAZR’s excellent battery. There was no video camera, there was poor lowlight performance on the camera, garbage web applications, no games, and slow 2G data. Absolutely none of that did a damn thing to hinder my excitement for the iPhone as a device, and as a platform. I was not only in love with the device I held in my hands that day, but especially with the thought of what it would be able to do a year from then, two years, three years.

Here we are, ten years later. I’ve sold every iPhone I’ve ever owned to pay for my next upgrade, except for that original iPhone. I’m sure it’s worth a ton now, and I’m sure it’ll be worth a ton more ten years from now. It hardly matters. I’ve kept this iPhone to remember how far we’ve come, and as a testament to the revolution it ushered. The original iPhone is one of the most important pieces of technology ever built.

Happy birthday, iPhone! Here’s to the next ten years.